5 Reasons Your Child Refuses to Speak Your Mother Tongue

Are you that parent who longs to hear the sound of your mother tongue from your children’s mouths but they never give you that satisfaction? They seem to know and understand the language and yet, oddly, they always reply you in a completely different language!

This struggle is all too common among many expat families that often have to bring up their children in foreign cultures.

Here are 5 reasons your child might be hesitating to use a language they know and understand:

In an attempt to help your child perfect their language abilities, you might inadvertently contribute to them losing confidence in and feeling uncomfortable about speaking the language. Are you quick to correct every mistake your child makes when speaking? Then it might force them into the mindset that they need to get things right before they articulate thus creating a lot of apprehensiveness in using the language.

There are also well-meaning parents are often too eager to show off that their kid is proficient in their home languages. They parade the kid’s language abilities around by asking them to respond in their mother tongue language on command in front of family and friends from back home. This places children in very uncomfortable and pressurising situations and builds up new inhibitions when it comes to using the home language.

It is not emphasized enough that languages serve a social function. More than anything, they are primarily tools to communicate, connect and express an identity – all of that is born out of our needs as social beings which desire relationships. If your mother tongue is not the lingua franca in the country you live in – as is usually the case with expat families – and never spoken in your child’s international school or among their peers then there is a good chance that they will shy away from speaking the minority language. They might even think speaking it will alienate them and hinder their ability to fit in among their social circles.

Join our Open House to find out more about how we encourage a love for languages in GESS! 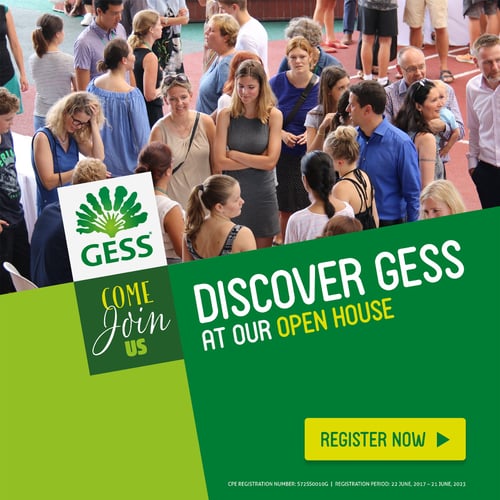 If we could have it our way, won’t we all only want to do the things we enjoyed? For children, especially, it is harder to do something that they have not taken a liking to. Many things are only as valuable to them as they are enjoyable. So has the process of learning and using the mother tongue language been enjoyable or incredibly dull, difficult and pressurising? Do they have access to movies, television programmes, games and interesting books in the mother tongue language? Are they able to meet people their age who use that language too? If the answer is no, and the only relationship they have built with this language is through syntax, grammar rules and dictionaries then they are not going to be most eager speakers of the language!

Where is the Need?

The Hierarchy of Languages

If early on in your child’s life, you emphasized that they learn the dominant language of the place where you live and suddenly started preaching about the importance of mother tongue, there is a good chance they will not be switching camps as quickly as you. For instance, many expat families in cosmopolitan countries like Singapore prioritise the acquisition of English and Mandarin and mother languages take a back seat for a while. This conditions the child to give secondary importance to mother tongue languages and makes it harder for them to suddenly become conversant in it even if they know and understand it to some degree. This conditioning can be undone, but parents need to show a lot of patience and introduce reasons for children to practice mother tongue languages in daily life!

Find out more about language education in GESS through on of our Open Houses!